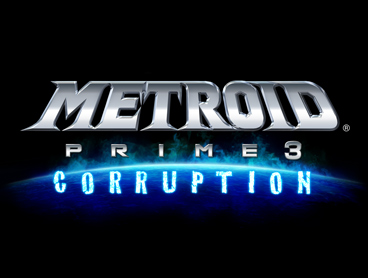 When Nintendo teamed up with Retro Studios to produce the epic trilogy of Metroid Prime games (thus far a trilogy), they not only created a landscape that was both familiar and new thanks to advanced 3D rendering, they created a series of masterpieces.  I know, I know, it probably sounds like I'm gushing too much about this game and we're barely done with the first paragraph, but it's likely if you feel I'm embellishing, you haven't played the games.

And if you haven't played them, let me say this:  These games have some of the most phenomenal game music out there.  Today I'm focusing on music from the third installment in the series, Metroid Prime 3: Corruption, composed by Kenji Yamamoto, because not only does the music hit all the right notes (heavy pun drop there, sorry) but because the progression of the tone gets pretty darn near perfect in a way that other games, heck even many movies, wish they could.

When that title music starts up, and odd ethereal music starts to play, it builds in such a way that still gives me chills to this day.  Then the dramatic base hits as the title appears lending not only weight to the moment, but it makes it feel as if something epic will soon unfold on your game system.  It promises a science fiction experience that is not just another entry into a franchise, but makes us feel as if we've nearly reached the conclusion of a story that will be told for ages.  No, I don't think this is embellishment in the least, I think I'm probably selling the music far too short.

Throughout previous installments in the Metroid Prime series, you experience music that works well at striking the tone of both the area you are fighting and exploring, and the "chapter" if you will, of the story.  Metroid Prime 3 had to not only do this, but had to build up each musical chapter in such a way that you know not only are you nearing the end of the game, but the end of the over-arching Dark Samus story as well.  Just listen to theme from this battle, the music cues within, the shift in tone showing the character's corruption, the incorporation of  themes from earlier in the game, the building of the drums--this is just pure ear candy, take a listen:

And this wasn't even the end credits music, which not only hearkens to the title music, but weaves in themes from the original Metroid Prime to start, then, the music shifts to a sense of somber rejoicing with high voices and low chants.  Not only does this help you get a sense of having defeated the game, but of having wiped out your enemy once and for all.  It gives you the spirit of the ending much in the way that the ending music for Star Wars: A New Hope helps to capture it's ending tone.  Just trust me and click the link:

Of course, these are just a few snapshots--"echoes" if you will--(sorry, had to be done) from what I think represents some of the finest video game music has to offer.  If there's a place to download this, you need to do so.  Metroid Prime 3 has musical elements in it that feel overlooked in more recent games and game systems.  With games getting closer and closer to just acting as playable movies, the music needs to be equally cinematic.  For me, Metroid Prime: Corruption, offers that movie soundtrack experience every time.