Nintendo's Eshop has a plethora of great games.  From old school major releases to indie funded fun; there's a lot to see and play out there.  Sometimes there are a bevy of fun games for cheap--and sometimes you run across games that make LJN look like makers of beloved classics.  These games beg one question:  Can you find a fun game for a cheap price?  Or are they all mounds of moronic mediocrity?  Yes it's time once more for Satisfying or Shovelware? Where I take a quick look at games from the Wii U Eshop and make a call on whether they are shovelware garbage or a satisfying little bit of game play.  As Mario would say, "Let's a-go!"

At least, that's what I believe the plot of Bulkypix's puzzle platformer Kung Fu Rabbit is based on the cutesy story boards that proceed game play.  Story doesn't matter so much really for this game though as the objective for the levels remains the same throughout:  Try to grab all the carrots and rescue the rabbit from a purple bubble/force field.  The controls are fairly intuitive and solidly done.  The wall hang and wall jump remind me of stuff from Sunsoft's Batman game, and even if you have a little trouble getting the hang of the method of pulling of these moves, there are cute little signs around to help you out on how to do them.  And that is the prevailing theme of the game:  cuteness.  Your cute, the bad guys are cute, the power ups are cute, the death trap are cute, heck--even the parallax scroll manages to be cute.  I love the sound effects as they were both charming and funny and really helped the tone of the game.  The music was fairly light and mellow, like something out of a...well...out of a kung fu movie when there's that obligatory scene of people sitting around doing beautiful, hand-painted calligraphy.  There isn't too much by way of difficulty in this game and I bet if I sat down for a an hour or so I'd reach the end and honestly I don't know if it would hold much replay value with me.  Not that I'm trying to brag or anything like that, just the challenge isn't there.  However, as I mentioned, there's a cute factor and there's something nice about having a pleasant little game that you can pick up and play with very little investment.  I think when my little girl gets older it would be a fun way to help teach her how to play a platformer game instead of boring schoolish stuff of course.

Deep, deep in a secret testing laboratory quitting time has arrived.  For one "quality controller" obsessed with being the top performer and a certain clone unit, the night has just begun.  In Stealth Inc 2:  A Game of Clones by Curve Digital you play as one of the many clones within the facility trying to survive various "tests" while progressing the game and unraveling the secret behind the facility.  The game's "narrator" appears via on screen text in the same vein as Portal and well not voiced, has much of the sarcasm and ominous dark humor.  The controls are fairly solid, don't take much getting used to, and when you die it never feels cheap.  Speaking of dying, the game has that "quick death" mechanic that I've referred to before, so even if you die while trying a puzzle, you start back up again fairly quickly.  This is case where I like that mechanic because I found the story and gameplay engaging.  Stealth's music has a dark futuristic/electronic vibe to it that unsettles me a bit, but this is a good thing as it plays well into the tone and setting of the game.  The rhythms were actually something I would like to listen to again outside of the game and I personally think would work well as background music for various chores around the home.  That's just me though.  It has a fairly high replay value in my opinion as each "test" in the game ranks you according to speed and number of deaths.  You can even see how you did compared to other players online and I like that touch.  Not that I have any scores worth posting, in fact most of the challenges I'm way behind where even the last place finisher was.  Again though, that makes the game all the more appealing to retry as I would like to rank higher. 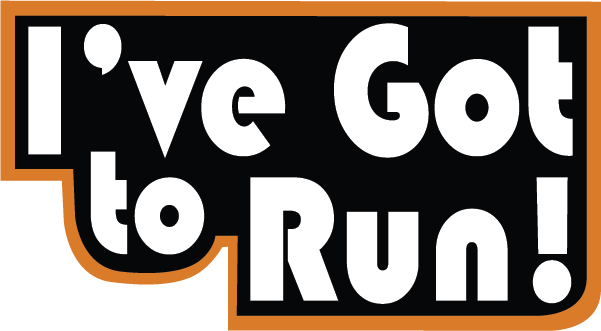 Have you ever seen those antique devices known as zoetropes?  If you haven't you should look it up.  Basically it's a wheel-shaped optical illusion device that spins around and you peak through a slit to see a series of sequential images that look like a moving picture as the device spins.  Why do I bring up this bit of antiquated technology?  Because it's what I immediately thought of when playing this game. I'll describe what I mean by that shortly...

In I've Got to Run by 4 Corner Games you play as a poorly animated marshmallow man with floaty jumps and a back ground that never changes.  There isn't much to the controls other than jump then double jump.  There is no objective other than to keep running and getting points, so it comes from what some people call the "Endless Runner" genre of games.  I know what you're thinking, because I thought it too, "Endless runner game?  You mean like Bit.Trip.Runner?"  Yeah, like that only minus the great music and fun.  Although the game boasts three modes, I couldn't tell the difference between them aside from the static backgrounds.  Oh, and that's not a joke by the way, the image in the background never changes, never alters and never offers anything eye-catching.  There's not parallax scroll, so you basically feel like your watching that zoetrope device I mentioned before.  Even the ability to post your score feels stilted.  Unlike most other games for the Wii U instead of automatically posting your scores and seeing scores of other players, you have to take a snapshot of your score and post it to the Miiverse.  I know that in the grand scheme of things taking few extra steps shouldn't seem that cumbersome, but in a world where most games do it for you automatically it seems silly not to have the game post stuff for me.  The music isn't really worth mentioning other than to say it is as dull and repetitive as the game itself.  Now, I don't want to keep ragging on the thing, I know people at game studios work hard to develop a product, but this feels like a cross between an unfinished project and something that would work better as a mobile game.