Midweek Music Box: Music to Move by: Paperboy (NES) and "Move" by I Fight Dragons 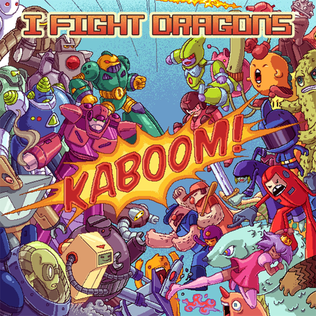 Moving stinks.  Especially when you like where you live, have great neighbors, the wife's workplace is only 2 blocks around the corner--but then suddenly need to move because the landlord hiked the rate up $240 and it's cheaper to just buy your first home...he said without a trace bitterness and like it wasn't happening to him right then.

Okay, so there are some benefits to having to suddenly move, it will be nice to own a home.  Regardless of that, it still means tons of tedious wrapping, packing, and getting some decent, dust-free boxes for the NES collection.  So during the wrapping and boxing, it can some times feel like another day at work.  You plug along, packing things in boxes, and sometimes have horrible interruptions like a hot rod trying to plow you over because you're obviously going too slow in your minivan full of boxes getting put in storage...

or your on a bike delivering papers on a certain street.

Yeah, this tune keeps going through my head during packing.  There's not much to the simple tune for Paperboy by Atari, but it's instantly recognizable.  I remember hearing it on a mailbag episode of the Angry Video Game Nerd, and as credit music for another video game show and recognizing it with a smile.  And why shouldn't I?  I played it tons in the arcade partly due to the unique controls, and partly because I had a blast firing off papers through windows and at random people walking down the street.  The port for the Nintendo was pretty decent.  Obviously they couldn't replicate the control scheme on the NES like they could today with a Wii-mote or similar motion control device.  But, they did do a good job with the music.  even the port evoked the same questions I always had when playing:

"Did teenagers do this sort of thing in real life?" "Were they vandalizing tombstones and evading remote control lawnmowers?"  "Is this why I keep hearing about horrible teenagers are?"

Yes, these thoughts and more crossed my mind as I played, and when playing it at home, it was fun for a few rounds, but then it would start feeling a bit too real.  Too much responsibility.  People getting upset when I miss the mark and cancelling their subscriptions.  I'd turn off the system and switch games.  Wish I could that with moving.  This game of packing is boring and if I smash something I can't replace it by hitting reset.  But you hum the Paperboy tune and does go a bit more easily.

So what do you do when things get a little too "Paperboy" for your tastes?  When plugging along starts to drag a little too much?

You put on a rock band with tunes that sound like they come from a game and crank it up!

Well, as you have probably already guessed by now thanks to the top image, I'm a fan of the pop/punk rock band, I Fight Dragons.  Their tunes are fun, peppy, energetic, and they have a pacing I like for times like now when I need to be actively cleaning or when I need to...well, move.  Their use of video game-esque sounds and actual sampling from video game effects has a charm that always brings a smile to my face.  I like the "Move" song in particular because, well, it has move in the title and I'm moving.  I like listening to songs with ironically appropriate titles and settings.  You need fun tunes that make you smile whether going through the tedium of delivering newspapers or....

Even when you have to move.