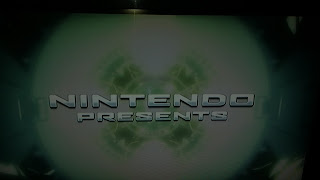 Were you ever uncertain about a game but the moment you popped it in the music sent tingles up your spine and you knew you were in for an awesome time based on that intro music? It doesn't have to necessarily have a bombastic feel or an epic quality--thought that certainly helps--what it does do though is it makes you not only ready to play, but it immerses you in a way that should shout to the world, "I'm no longer here, I've entered the game." I love intro music, I've talked about it before with many of these Midweek Music boxes. Well, rather than just doing one, I wanted to do three because I love me some intro music and I love the way these games get me in to the game. Let's take a quick look at some intro tunes that help pull you into the world the game creates.

Having Metroid kick this off should be a shock as not only did it act as the title card for this review, but I've talked about how awesome Metroid music is on Three Separate Occasions. Kenji Yamamoto rules and it's about high time you learned that! From the intense, low drums, to the ethereal chants; the music from the Metroid Prime series ranks up there for me (and it should for you too) as some of the best game music--no I take that back--best music period. Yamamoto does it again with the intro music for the Metroid Prime Trilogy intro. Every time I hear it I get tingles up my spine and wish I had a week, no I take that back, a MONTH to set aside to beat every one of the Metroid Prime games as the single continuous story it represents.

I know there are in the neighborhood of 20 to 30 variations of each individual Kingdom Hearts game. I could be lowballing that number though. Well, until we finally get a proper "3" in the title, it seems gamers are forever doomed to endless HD remakes and version 1.2 , 1.3, 1.FOREVER!  In any case, I really was surprised how much I fell in love with the game as a whole. Even now, 15 years later, the concept of Mickey and his pals fighting alongside and against Final Fantasy characters seems absurd. Yet it worked then and works now. I wouldn't be willing to put up with the craziness that is now on a 2.8 Final Prologue if I hadn't gotten sucked in years ago by Yoko Shimomura's score. The music that plays over the intro has such a Disney feel with it's big brass instruments and grand orchestra feel, it's hard not to smile at its charm. You couldn't ask for a more warm, and some how epic introduction. Now, can we can past introductions and prologues and point-ohs and just get a proper sequel please?

Cute, charming, simple, and it makes use of the Super Nintendo's musical capabilities in a way that lets you know just what you are in for. I know it may seem like a stretch to think that the intro music for Super Mario World could in any way "pull you into its world," but I was a kid at the time of this game's release, and to me this was a true wonder. From simple chiptunes to...well, better chiptunes. Like I said, I was a kid the time this came out. However, this game was not just my first game on the Super Nintendo, but it made me realize just how much greater the sound was going to get in the future. I didn't love the NES' music any less; just, I realized that this newest Mario game was really going to sweep me away. It was built on pure awesome. As soon as the opening animation was over, I was ready to enter this world of Mario's. It wasn't just me goofing around with a new system and game. There was Bowser to defeat, a kingdom to restore, and Princess Peach to rescue. It wasn't just a fun game, it was a tale to be told, and fun one at that, thanks to the intro music by Koji Kondo.

Like I said at the start. It doesn't always have to be epic, just awesome.