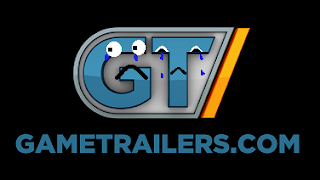 Yet another great site for game info, sneak peaks, news, and...well...game trailers has shuttered its doors. Yes, sad to say GameTrailers has closed recently thanks to thoughtless overlords at Defy Media. It's sad to think one of the places that first introduced me to the Angry Video Game Nerd just went *poof* overnight, leaving a hole in the game news industry and ensuring that more of us might end up going to the beast-I mean Kotaku--for video game related new.  Truly, a sad thought indeed. Thankfully we can take comfort and cheer in the fact that awesome game trailers still exist, as well as the music that helps to sell them. So, in honor of one of my favorite video games sites I'm listing off a few of my favorite game trailers. Now, these by no means represent a comprehensive top five, but maybe one day some of them will make it on a top ten list....

Until then, lets kick back and listen and watch, shall we?

I make no bones about how much I love the music from Metroid Prime 3. I think it's just fantastic in every way. The others were great, so why shouldn't the third? What I didn't expect was this:

A trailer that not only showcases the fantastic way in which the Metroid Prime series could set tone through minimalist music, but a great throwback in both visual and story form alike. Then that ending music fades from the newer Metroid Prime music to something as old and familiar as Mother Brain herself.


Scott Pilgrim vs the World

A video game about a movie based on a book with surreal reality where video game rules ala' River City Ransom are a fact of life? Now there's a game I need! It had such a great visual style, the music was fun and peppy sounding, and the whole trailer was cut in such a way you could help but sense the enthusiasm:

So naturally I got the Xbox 360 system game AFTER the game gets pulled thanks to stupid Ubi Soft letting the licensing expire. Thanks guys, you ruined my childhood! Well, maybe not my childhood, but definitely the chance for me to play a game that look like it kicked all sorts of butt. How could it not? Thankfully I can still watch gameplay and listen to that great chiptune goodness via various Youtube uploads.

Thankfully, there are games out there with excellent trailers that I CAN still get on the Xbox 360, and one of those games is Gears of War 3. So what music does the Gears of War 3 trailer have in it that pulled me in and made me wish to play the game?

By 2011, plenty of interesting trailers had come out in an attempt to showcase the hi-res graphics and gameplay the Xbox 360 was capable of, yet I never was really convinced to save up and get one. Shocking, I know! But as a Nintendo fanboy, I could never part with my hard earned cash for a system unless my beloved Nintendo had made it for they could do no wrong.

When I saw the trailer for Gears of War 3 though, I new I had to eventually get an XBox 360. True, I'd never played the earlier installments of Gears of War. Also true, I had little frame of reference as to what the heck had happened in the previous games. Yet something about seeing a battle weary soldier looking across a devastated city, staring bleakly into a puddle of water, his own battered face the only trustworthy companion--all paired with Gary Jules's rendition of the song "Mad World"...that gave me chills. I guess when a trailer gives me chills, it's pretty much in the bag that I'll want the game--even if it means grabbing a whole new system and playing through two sequels to get there.

Don'tcha just loves it when a game has great animation, tons of fun (and funny) characters, all what taking place in a world that's so bizarre, so insane you can't help but wish you were there? Guacamelee from Drink Box Studios went above and beyond the call of duty creating a game that took place in a world all its own.

I've gushed extensively about how you should go out and download the soundtrack, now let me gush about how the game trailer did such a fantastic job showcasing the world you were about to enter. Super powered luchadors? Talking goats? Vengeful skeletons? Pop culture references both modern and obscure? Oh heck yeah! The trailer promised and delivered all while set to a fantastic, futuristic mariachi beat. It makes me wish I had some killer fiesta to attend or that it was already Cinco de Mayo so I could have an excuse to blare the soundtrack all day long.

I'll finish this video game trailer talk by giving a quick nod to Teslagrad, another game on the Wii U which I reviewed a little while ago.

Not only did the game look like a clever and engaging platformer, I was so drawn in by the music that I just had to get the game for that reason alone. Well, okay, maybe not just that reason. I wanted to try out an indie game or two for my Wii U, and this was one of those games that not only drew me into its world, but far surpassed the expectations I had from viewing the trailer. Definitely a more difficult game than I was expecting, but great fun nevertheless. The game promised challenge, and what's more it promised a type of music that left me yearning to hear more. I'm glad I got the game because even when I've died over and over again, I can take solace in the fact that the music is so good.


Well, there you have it. Not exactly a comprehensive list, I'll admit. However, I'm just me and not an entire business like GameTrailers was. "Was"...geez, what a terrible way to think of it. So many great gaming sites and people in the gaming industry have fallen to the weight of "was." At least I can turn to good ol' 1up.com and find some great content their still..

Thanks for everything GameTrailers! I hope all of you who worked there end up somewhere great, and are well appreciated for all you do. I know that I for one appreciated it. Thanks.